IN MEMORY OF THE LIBERATION

Fort Roule was built between 1853 and 1857 under Napoleon III on top of the mountain of the same name, which dominates the city. In June 1940, it is the prime location for the French Resistance against the German army. It is then taken by the Germans and the fort is transformed into a embanked camp and underground tunnels are made. On June 26th 1944 and after many battles, the fort is taken by the Americans, making Cherbourg the first freed port of France.

In 1949, a historian by the name of Lemaresquier proposes to honor the memories of the Normandy landings and of Europe’s Liberation. In 1954, the museum sees the light of day with the help of the Embassy of the United States. The museum retraces the history Cherbourg’s harbour since the Middle Ages and the military spaces are more specifically dedicated to the commemoration of the Second World War. You will see a selection of documents, photos, and models of weaponry as well as other equipment used during D-Day.

Closed on Mondays and holidays. 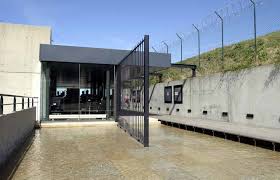